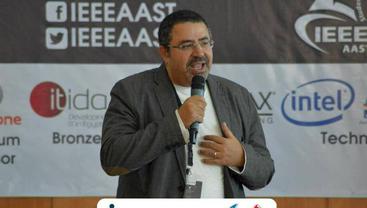 The first investment operation of Menagurus, specialised in investing in start-ups, will be officially announced by the end of this month, managing director of the investment group Hisham Abdel Ghaffar said.

Six start-ups were selected  by the group to for granting investments. These start-ups provide technological solutions in the fields of communication, transport, and health care. The legal procedures of granting the investment are underway, said Abdel Ghaffar, revealing that the expected amount to be pumped into the companies ranges between EGP 10m and EGP 12m.

The capital of Menagurus, which was established in January, amounts to EGP 100m, and includes eight investors, three Egyptians, and five Saudis. The group is expected to finance each start-up company with EGP 250,000 to EGP 3m.

Menagurus is targeting to finance at least five start-ups with EGP 15m in the second quarter of the current year. In the first phase, it will focus on the Egyptian, Saudi, and Lebanese markets.

The group will receive a maximum share of 40% from the start-ups that are financed. After three to five years, the group will exit from these start-ups. One of Menagurus’ shareholders will act as a mentor for the company receiving investment. The mission of this mentor is to advise and support the company’s work, and to attend board meetings.

Menagurus was launched in early 2016 by eight Egyptian investors with over $12 million in capital. It said in June it was on the verge of signing deals with six IT startups in Egypt and Lebanon. Menagurus seeks a 30-45 percent stake in the companies they invest in and originally planned to invest in 15-20 startups with an investment timeline of three to five years. They’re now also spending $5 million on starting their own ecommerce company, either in Egypt or Kenya.

Menagurus, the newly-formed venture capital firm, will announce the main features of its investment plans in the second quarter (Q2) of 2016, Managing Director Hisham Abdel-Ghaffar said.

Abdel Ghaffar announced in January the inauguration of the group after a few months of preparations in 2015. Menagurus’ capital is EGP 100m and the group is currently looking into the activities of 18 emerging companies for possible financing.

The companies are have been working with different incubators, such as the Technology Innovation and Entrepreneurship Centre of the Information Technology Industry Development Agency (ITIDA) and the Greek Campus. Some of the companies operate in the telecommunications sector, while others aim to provide solutions for traffic problems.

Abdel-Ghaffar told Daily News Egypt the investment group includes eight investors, three from Egypt, and five from Saudi Arabia. The group will provide funding for emerging companies, ranging between EGP 250,000 and EGP 3m for each company.

Menagurus plans to finance five start-ups during Q2 of 2016, with a budget of EGP 15m. It will focus on Egypt, Saudi Arabia, and Lebanon in the first phase.

The group will get a maximum 40% share in all companies it finances, and will exit these companies after three to five years. It will also appoint one of the investors of the group in the financed companies to operate as a mentor to support the work team and attend the meetings of their Boards of Direct